Shirley Siegal, a Finalist of the "Show Your World" International Art Competition.

Shirley Siegal's art relates to women and their stories through the ages.

Shirley Siegal's parents insisted she should study medicine. However, being the romanticist, she chose the path of archaeology and museum studies (Master's Degree). Art was always a part of Shirley's life. However, she started her artis career only after the birth of her third child.
Her work focuses on the life of a woman - her place in the society and the family: as a mother, daughter, career woman and an artist. Her paintings convey the woman's everyday life, social status, dress code and relationship with her surroundings. The artist uses various mediums including oil on canvas or board, watercolor, acrylic on stone, charcoal, sepia and pencils.
This painting is set in her parents' backyard, one autumn afternoon. It portrays the relationship between three generations - her father, the youngest son and herself. Each character is self-absorbed whilst retaining a closeness to the others, without them touching. This is a family scene completed by the dog. Yet there remains a tension caused by the unseen painting on the canvas at which both Shirley and her father look.
Shirley's father is very involved in her art, encouraging, supporting and evaluating. Her son symbolizes the conflict between the artistic career and herself (as a mother).
She invites the viewer to imagine what remains a mystery on the hidden side of the canvas and what lies ahead for this family relationship. 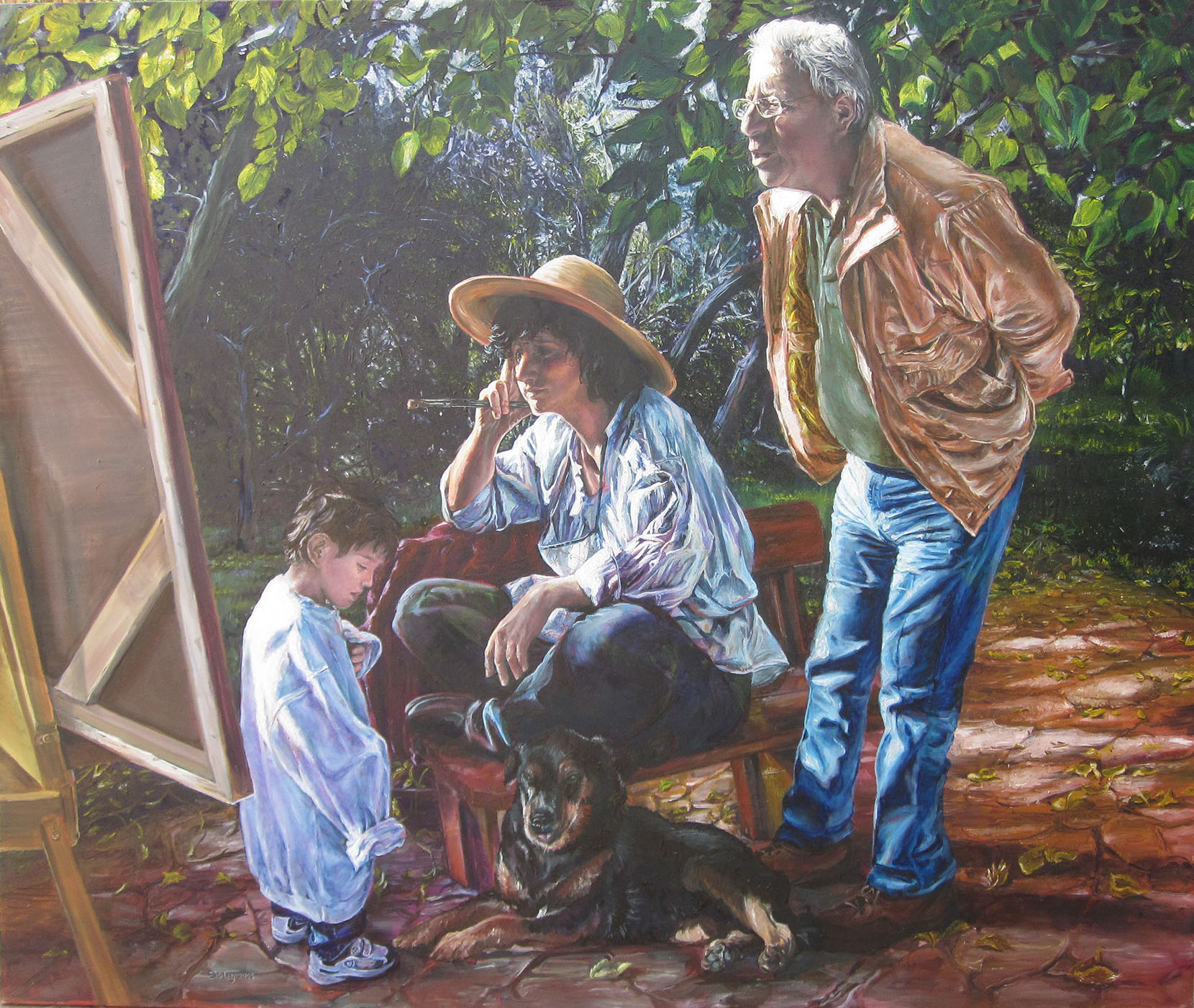